TRANSFORM THE CRISIS INTO OPPORTUNITIES

Accept your own weakness and transform them in to your strength. Imagine yourself as a courageous person and with this faith try to find the best solutions for the problem at hand. Don’t go to suppress or deny your weakness/negativity.

If your Line of Head ( palmisty) has islands formed on it ,with no other positive signs, it shows your mental weakness or crisis. If your ascendant lord and or moon ( astrology) is also weak with no other positive factors, it also shows your mental weakness. Traditional astrologers suggest you Gems, or poojas etc for the malefic weak planets or empower the positive planet. But if you are a student and no money or jobless, you cannot afford none of the above remedial measures as it may attract your pocket.

The most simple solution is to convert your crisis in to opportunities.

Work Sheet ( for your example /understanding)

A jobless man say Tom applied for a office boy post in Microsoft. The HR manager interviewed Tom and seeing his job skills, he said to Tom- You are employed.! Give me your Email address and I will send you the contract to fill in, as well as the date when you may start. Tom replied , Sir I neither have a computer nor an email. “ I am Sorry “ said the HR Manager. If you don’t have an email, that means you don’t exist. And who doesn’t exist , cannot have the Job. Tom became very sad. He didn’t know what to do , he had only $10 in his pocket. He then decided to go to the super market and buy a 10kg potatoes.He then sold the potatoes in a door to door round. In less than 2 hours he succeeded to double his capital. He repeated the operation three times and returned home with $ 60. Tom realized that he can survive by this way and started to go every day earlier and return lated. Thus his income doubled or tripled every day. Shortly he bought cart, then a truck and then he had his own fleet of delivery vehicles. Few years later Tom became one of the biggest food retailers in the world.

Tom decided to plan his family’s future and decided to have a life insurance . He called an insurance broker and choose a protection plan.When the conversation was concluded, the broker asked him his email. Then Tom replied. “ I don’t have an email”. The broker answered curiously, you don’t have an email and yet have succeeded to build an empire. Can you imagine what you could have been if you had an email??!!!. Tom thought for a while and replied, YES I’D BE AN OFFICE BOY AT MICROSOFT.

That is it. Hope you understand.,

Transform the crisis into opportunities.

Most of the Astrologers/Palmist consider Saturn ( sani) as Malefic Planet. Because Saturn is associated with obstacles, difficulties, hardships etc. Not only Saturn- Mars, Sun ( some consider sun as benefic as it represent our soul),Uranus, Pluto are also considered as malefic planets ( Ashubha Grahas) in Traditional astrology. And planets such as Moon, Jupiter, Venus are considered as Benefic Planets ( shuba grahas) because they give little or no difficulties. Mercury is considered Neutral.

The so called benefic planets are often associated with easy going (little or no difficulties) ,but I donot necessarily consider this to be good (benefic). Too much ease in a chart never gives the person the characters development/strength he or she needs. For example, the rich kid, who has everything given to him from birth grows up to be incapable of doing anything worthwhile.

My philosophy is that it is the choices the person makes with regard to their planetary influences that determines good, bad or neutral. For example, Saturn may present a certain difficulty in a person’s natal chart, that person can choose to give up and become a failure or to overcome and become a success. The planets present the circumstances and options and the person makes the choices.

In our above example, Tom used his crisis in to positive and became chair man of his own company. 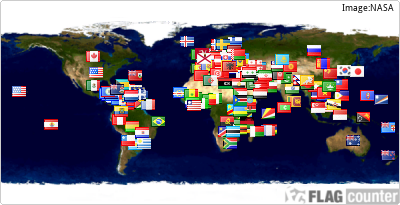